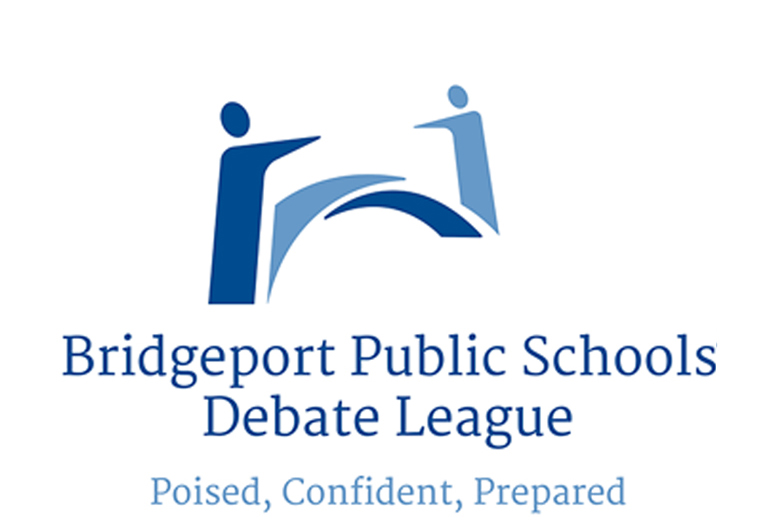 Congratulations to Discovery Magnet’s Abraham Lima and Jason Velasco who took first place in the finals of the inaugural Superintendents’ Cup, novice division.

Also competing in the championship round were Genesis Bendolph and Laila Kelly- Walker from Betsy Ross and Aldin Medunjanin and Thomas Donnelly​ from Discovery Magnet.

Best Speaker Medals were awarded to:

Forty-three middle and high school debaters travelled to Boston to participate in the Senate Immersion Module (SIM) at the Edward M. Kennedy Institute, where they tapped into their negotiation and debate skills to learn about the legislative process. Using high-touch technology on tablets provided by the Institute, the students work together to create a bill on immigration policy. As part of their trip, the students also enjoyed a visit to the John F. Kennedy Presidential Library.

The Bridgeport Public Schools Debate League will be kicking off the year with an Orientation Workshop on Oct. 13 from 9:00-11:00 at Claytor Magnet Academy 240 Ocean Terr Bridgeport, CT 06650.  In addition to a mock debate, we will have sessions for judges, coaches and students.